It has been almost two weeks now since the inaugural Bike MS Buckeye Breakaway! Thank you to all of the riders, and most of all donors, for helping to make Team Left Hand / Century Cycles the #1 fund-raising team, with over $53,000 raised to help the over 20,000 people in Ohio living with Multiple Sclerosis.

The new route and the new overnight location at Ashland University have been almost universally praised by all of the participants. Thanks to the National MS Society - Ohio Buckeye Chapter for organizing a successful event, and thank you to all of the generous sponsors and volunteers!

A special thanks to Left Hand Brewing Company for teaming up with Century Cycles, and for providing the libations for the post-ride party on Saturday in Ashland.

A big Thanks to Debbie Petch (aka Lady Petch) for taking all of these fantastic photos and sharing them with us! 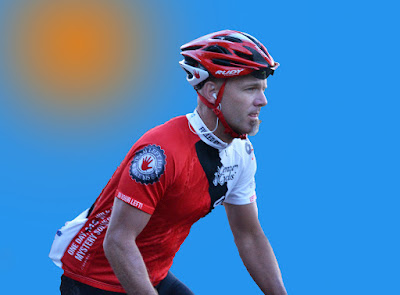 Chris Lennert from Left Hand Brewing Company in Longmont, Colorado, and national team caption for Team Left Hand and co-captain of Team Left Hand / Century Cycles, reports that he enjoyed riding the rolling hills of Ohio. He adds, "I personally had a great time over the weekend, and was humbled and honored to get to spend time with all of you the last few months. Thank you for doing what you can for others! And big shout out to all the volunteers, all of our sponsors, and, of course, the great crew @ Century Cycles for making it all happen." 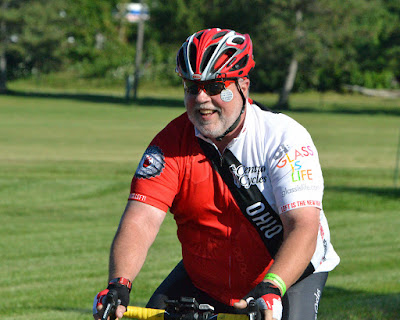 Joe Darwal, mechanic from the Century Cycles store in Peninsula, said "Loved the new route, second half of ride going into Ashland with easy rolling hills was a wonderful change of scenery. Dorm was convenient, and a welcome choice instead of a gym floor. Nice to have all the riders in one place at finish, got to see everyone and mingle instead of spreading out across Sandusky after the finish in prior years. Beer truck, couches, ice bath, live music and tent were all first rate from our partners at Left Hand Brewery. The university welcomed us, and dinner and breakfast was plentiful and fantastic." 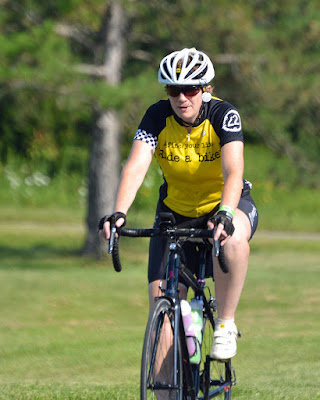 Cathy Kasper, our sales floor manager in Medina, says, "This year's MS Ride was certainly different from the Pedal to the Point. Overall, the experience was nice. The route was doable. Many people would like the fact that the ride was mainly flat. I liked the hills and rollers because it's nice to have some variance in elevations. The scenery was beautiful with all of the pastures and fields and rolling hills off in the distance.  The weather was perfect both days, except as the day rolled on it became increasingly warmer. I'm a fan of warm weather but not hot weather."

"The accommodations in Ashland were wonderful! Clean bathrooms, clean and private showers and brightly lit. The food in the cafeteria was absolutely marvelous!!! So many choices! If anyone walked out of the cafeteria hungry, then it was their own fault! The next morning, breakfast was just this endless smorgasbord of food as well! It was nice to enjoy the air conditioned atmosphere and there was no one rushing you to leave."

"The food in Brunswick was just as good as in years past. The volunteers along the route were smiling, friendly and encouraging. As always, it is nice to support a wonderful cause such as the MS Society." 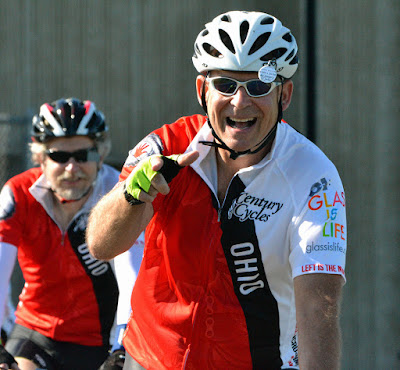 Mike Petcher (aka Petch), General Manager in our Medina store, said:
"New route: Great! Much more scenic than to Sandusky.
Food at Ashland: FANTASTIC!
The weather - stellar, couldn't have been any better.
Team Left Hand/Century Cycles: awesome! Kudos to Left Hand Brewing for delivering big-time on the whole event."
In addition, Petch added a plug for his new bike:
"Giant Defy Advanced 2: Excellent! LOVE the carbon frame, and the D-Fuse seatpost is a real plus for absorbing butt-damaging shocks." 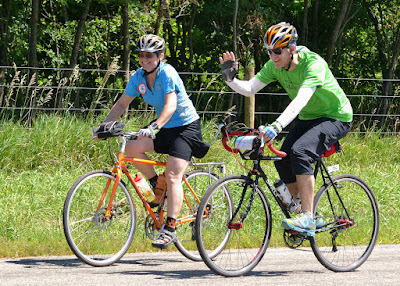 Kevin Madzia, our bicycle fit specialist and IT Manager in Peninsula, says, "If you looked at the route profile ahead of time, it might have seemed intimidating, because it appeared mostly uphill for much of the day to Ashland. However, we were pleasantly surprised that it was very flat and at worst gently rolling. Probably an even easier route than the old one to Sandusky. I hope once the word gets out, more people decide to re-join the ride next year. Also, my Surly Cross-Check bike felt great; the ride confirmed this bike's place as my go-to for long days in the saddle." 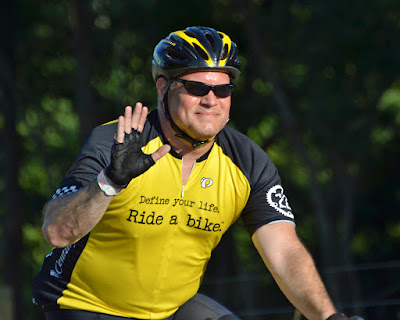 Bob Soroky, sales associate in our Medina store, echoes Kevin's thoughts on the route: "I know the big threat out there for months were the hills, but they never really materialized. If anything, I would say it was actually a bit easier than the Sandusky route." He added, "Food was AWESOME. Done."

You can see all of Debbie Petcher's photos in this slide show:
Click here if the slide show above is not appearing for you.

There were only a few negative comments heard among all the feedback from the ride. Many thought that the sections of State Route 82 and State Route 18 were too busy with motor traffic; if there were a way around these, that would make the ride a little more pleasant. Same goes for the final hill on Grafton Road coming back into Brunswick. The heat in the dorm rooms got a little too much for some. A couple people wished that the after-ride festivities on Saturday would last a little longer into the evening.
Posted by Century Cycles at 1:36 PM