Thank you to John Pana of cleveland.com for the shout-out in his latest video report! We lent him one of our Fitness Hybrid Rental Bikes from our Rocky River store to use in scouting out the five best bike trails near Cleveland. His picks are:

Posted by Century Cycles at 2:23 PM No comments:

CatEye has been the go-to brand for cycling computers for decades. About six years ago, the finally jumped on the GPS bandwagon with their Stealth line of GPS computers. I tested one out and wrote about my first impressions here.

Soon after that, I decided to purchase one of the CatEye Stealth 50 GPS computers for myself. I've been using on all of my bikes for all types of riding, and have been quite pleased with it.
The CatEye Stealth 50 comes with a tool-free mounting bracket that works on any handlebar or most stems. Additional mounting kits can be purchased for just $12.99, or an out-front mounting bracket for only $17.99. It also comes with a proprietary charging/sync cradle with USB plug on one end.
Setting up the CatEye Stealth 50 is easy. You'll need to download and install the CatEye Sync software on your personal computer (Windows and Mac versions are available).
You can create an account on CatEye Atlas for uploading and reviewing your ride data, but since Strava is a more popular ride tracking service, the CatEye Sync software allows you to upload your ride data directly to Strava as well, and you don't need a separate CatEye Atlas account.

Once you've got the CatEye Atlas software installed, plus the Stealth 50 into the charging cradle, then plug the USB end into your personal computer. The CatEye Sync software has a quick setup feature that allows you to set some basic options on the Stealth 50, e.g. time zone and preferred units of measurement (miles vs. kilometers). You can also set a specific time of day when the Stealth 50 backlight comes in automatically, to make night-time reading easy. Also, you can set the data recording interval to 1 second, 3 seconds, or 5 seconds. The shorter the recording interval, the more accurate your ride tracking will be, but the trade-off is shorter battery life. However, I have always had mine set to the 1-second data recording interval, and I've never had an issue with the battery running out during a ride, even for long 100-mile days.
Once the initial set is done, just clip the Stealth 50 onto your bike, turn it on, wait a few seconds for it to acquire a GPS signal, and ride! Like most basic bike computers, the top line of data on the Stealth 50 shows you your current speed, and the bottom line can be switched to show you ride time, distance, average speed, or maximum speed. The middle line conveniently displays the time of day.

The Stealth 50 is compatible with ANT+ sensors, so it will work with most optional speed/cadence sensors, heart rate straps, and power sensors.

If I stop for lunch or some other longer break during a ride, I usually turn off the power on the Stealth 50 to save battery life. When I'm ready to start riding again, I just turn it back on, wait a few seconds for it to get the GPS signal again, and it picks up right where it left off.

At the end of your ride, you just press and hold the single button on the Stealth 50 to reset and save the ride data. Since the Stealth 50 does not have Bluetooth connectivity like some more recent models of GPS devices, you've got to use the charge/sync cable to view your ride data later.

Viewing your ride data is a two-step process once you've plugged the Stealth 50 into your personal computer. First, your PC has to read the data from the Stealth 50 and download it the PC, then you upload it to CatEye Atlas or Strava. The download step usually takes only a minute or two, and the uploading is even quicker.

Once the download step is complete, the CatEye Sync program shows you what ride data it found; you can save data from more than one ride at a time on the Stealth 50 unit and download them all at once later.

After the ride data is uploaded to Strava, you can delete it from the Stealth 50 unit, and then view it on Strava to change the name of the ride and other details as you normally would on Strava. CatEye Sync provides a link to go directly to Strava to view and edit the ride: 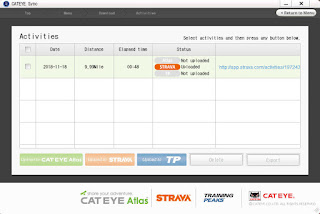 Because of the easy one-button operation of the CatEye Stealth 50, it makes a good device for somebody who just wants a reliable and easy way to see their speed and distance during ride, even if they are not interested in using the GPS tracking features to view their ride data afterwards. Just reset the Stealth 50 at the beginning and end of each ride, and you're good to go, without having to worry about additional sensors and wheel magnets getting knocked out of alignment and other common issues with traditional bike computers. If you use it this way, keep in mind you will eventually have to connect the Stealth 50 to the charge/sync cradle to delete all of the accumulated ride data. This will take much longer than it takes to download just a single ride, possible even an hour or more if there are many rides saved on the device.

A full charge takes a couple of hours. When I use it on my commutes to work, I don't bother charging it during the day, as it's got plenty of charge left for my ride home. After long rides, I just plug it in at home, and it's good to go with a full charge the next morning.

I've found the CatEye Stealth 50 to be very accurate as far as tracking the distance and route of my rides, when comparing the distance to a traditional cycling computer and a friend's other GPS device when riding with them. I recently acquired an Apple Watch that I use to track rides sometimes, and when I've used both of them at once, found them to track pretty accurately and close to one another when riding on roads and/or bike paths. When mountain biking on singletrack in the woods, I've actually found the CatEye Stealth 50 to be more accurate; I think it keeps the GPS signal more reliably under the tree cover compared to the Apple Watch.

In conclusion, the CatEye Stealth 50 GPS Computer is a good option for somebody looking for a reliable, easy-to-use, and inexpensive device to track their bicycling ride data.

HOLIDAY SALE! Save on ALL Bikes, Tune-Ups, and EVERYTHING! 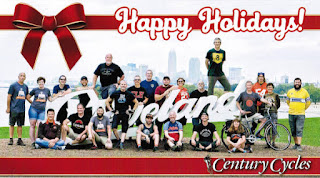 Stop in or shop online during the Century Cycles Holiday Sale, now through December 31, 2018! No coupons needed! Online shoppers will see the discounts in your shopping cart!

10% OFF All Bicycles - including those already on sale! 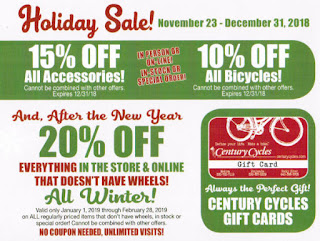 And remember, in addition to the offers listed above, we also have these options to make your holiday shopping easier:


* Within our service area. Other restrictions may apply; see stores for details.

Our Biggest Discounts EVER on Bicycle Tune-Ups!

$30 OFF Any Complete Bicycle Fitting!

For descriptions of each Tune-Up Service Package, see: centurycycles.com/for/tuneups

Score a great deal on a mountain bike or indoor trainer in the Wave Radio Holiday Auction! 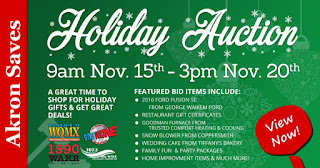 The Wave Radio Holiday Auction starts today, and you can score great deals by bidding on the various items, including these donated by Century Cycles: 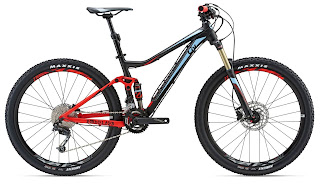 Liv Cycling Embolden 2 Full-Suspenstion Mountain Bike
Size: Women's Extra-Small (suitable for riders approximately 4'10" to 5'5")
Retail Value: $1,529.99
Go bold and discover a little mischief and unknown territory with the trail-ready Embolden, the perfect bike to get you out onto the singletrack trails. With 120mm of suspension travel around a geometry that offers confidence-inspiring handling, Embolden holds the keys to unlock your mountain bike potential and get you hooked on dirt. With an active feel, ample traction, and powerful disc brakes, this bike encourages you to go out and ride it, because you know Embolden’s got your back. Hydraulic disc brakes provide precise braking and handling. Lightweight and durable ALUXX-grade butted aluminum frame. The FlexPoint Suspension eliminates complex pivots and linkages to provide an effective, lightweight, and durable suspension system that’s easy to maintain. Features Shimano 2x9-speed shifting with Shimano M315 hydraulic disc brakes. Designed using Liv’s 3F Design Philosophy to build bikes for women. 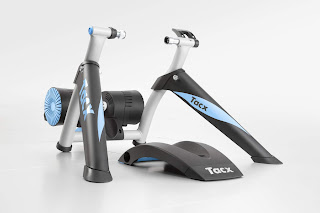 Tacx Genius Smart Indoor Bicycle Trainer
Retail Value: $849.99
The Tacx Genius Smart Trainer turns your standard bicycle into an indoor stationary trainer. This interactive trainer offers the most advanced rear-wheel drive resistance unit of all the Tacx trainers, so you can enjoy a highly realistic cycling experience. The motor brake is able to apply a maximum power of 1500 watts to the back wheel and will speed up during a descent. The slopes simulated are realistic up to 20% and down to -5% for descents. The Genius communicates via ANT+ and Bluetooth Smart for convenient training sessions using your smartphone or tablet. Performance data can be viewed on several devices simultaneously, including your smartphone, bike computer and sports watch. The Genius offers ease-of-use and freedom of choice. When the Genius Smart isn’t connected to a smartphone, tablet or computer, it behaves as a fluid trainer. This means the trainer behaves progressively: when your speed increases, the resistance increases as well. So it is possible to use this trainer in a "stand-alone" mode.
Posted by Century Cycles at 11:57 AM No comments: 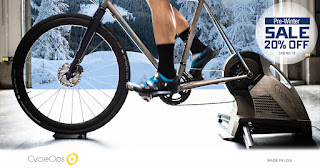 Entering the smart trainer world requires some technical know-how, from installing PC software, to configuring Bluetooth/ANT+ peripherals. Need some help? Our new In-Home Smart Trainer Setup Service to the rescue! For just $50.00, we'll come to your home and set up your bike, smart trainer, and any necessary software and accessories. Ask us for more details!
Posted by Century Cycles at 6:00 AM No comments: 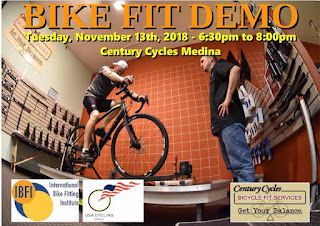 If you’ve ever wondered what a bike fitting is all about, here's your chance to get an in-depth look at how they're done.

During the demo, Tom will explain the interview process, discuss the importance of body posture, flexibility and range of motion physiology, and showcase some of the tools used that help ensure the best fit possible between rider and bicycle.

He will also have local area medical practitioners from Stubbendieck Chiropractic and Rehabilitation Centers and fitness trainers from Accelerated Fitness Medina on hand to offer additional services that can help any cyclist achieve better overall wellness.

Hope to see you all there for a fun night of learning! And don't worry, refreshments will be served in our Club Med Lounge!

Follow the event on Facebook for the latest news and updates.
Posted by Century Cycles at 10:39 AM No comments:

We are Falling Back to Winter Hours!

Posted by Century Cycles at 8:00 AM No comments:

Take 15% OFF all clothing, parts, and accessories!

Full selection of 2019 bikes and clothing are in stock at all three Century Cylces stores! Plus, deals on previous model-year bikes, and our ongoing End-Of-Season Clearance Sale blowouts!

These early Holiday Sale discounts are also valid for online sales at centurycycles.com! No coupon codes are needed; discounts will be shown in your shopping cart.
Posted by Century Cycles at 3:26 PM No comments:

Join us for Century Days at Ray's MTB Indoor Park! 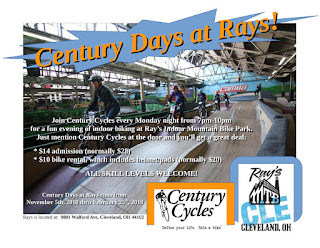 Join Century Cycles every Monday night from 7:00pm until 10:00pm for a fun evening at the world's FIRST indoor mountain bike park! Mention Century Cycles at the door and you'll get a great deal: