Please take a few moments to fill out this survey. Your feedback will help build a better understanding of the current state of walking and biking in Ohio. Thank you!


Click here to start the survey
Posted by Century Cycles at 6:30 PM No comments:

Click here if the video above is not appearing for you.
Posted by Century Cycles at 1:16 PM No comments:

In memory of John Moss 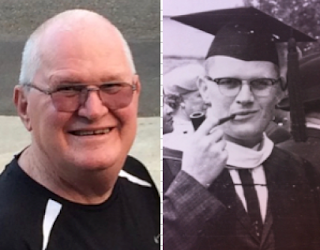 The Century Cycles family lost one of our longest and most beloved members recently. John Moss passed away on July 4th, 2019. John was the father of Century Cycles co-founder Lois Moss, and remained fast friends with Century Cycles owner Scott Cowan. You can read his obituary here.

John took up bicycling after retirement, and, never to do anything halfway, he likely pedaled more miles over his lifetime than our whole staff combined. He biked across the USA at least five times, including a trip through the Yukon that ended in Anchorage, Alaska. His final long-distance trip with his daughter Lois was across North Dakota in 2014.

We join John's family and friends in mourning John and treasuring our many shared memories. Please keep them in your thoughts.

A memorial fund has been set up to honor John Moss with a sponsored map panel on the Lewis & Clark Trail, a bicycling route from Illinois to the Oregon coast maintained by the Adventure Cycling Association. You can make a donation at: 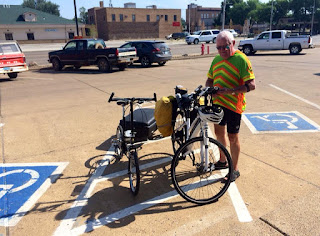 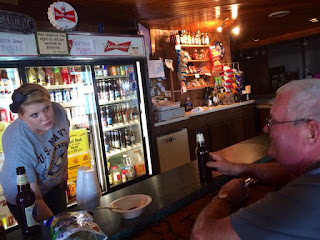 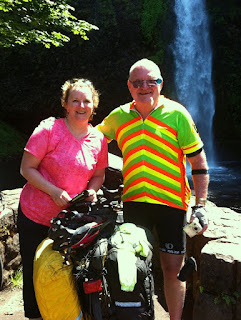 My the wind always be at your back, John!
Posted by Century Cycles at 12:49 PM No comments:

We at Century Cycles have just received word from officials within the Cuyahoga Valley National Park that they are updating their policy on the use of electric bicycles on the Ohio & Erie Canal Towpath Trail within the park.

Stop into our Medina and Rocky River stores to see our full selection of electric bicycles, including the Giant LaFree E+2, Giant Quick E+, and Electra Townie Go 8D!
Posted by Century Cycles at 5:09 PM 1 comment:


Bicycle rentals for the Towpath Trail in Peninsula will be available until 3:30pm, and must be returned before the 5:00pm store closing time.

The Cuyahoga Valley Scenic Railroad will be running their regular weekday schedule for the Bike Aboard service.

Have a fun and safe day as we celebrate Happy Birthday to the USA!
Posted by Century Cycles at 6:35 PM No comments: