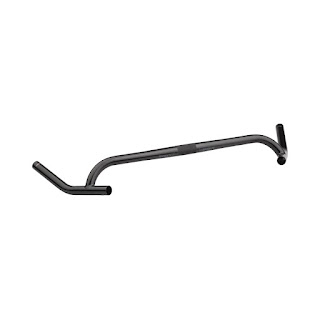 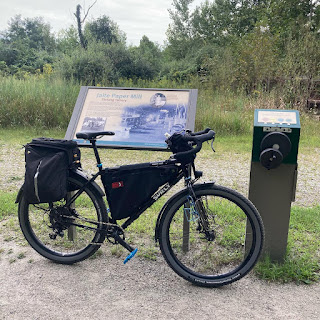 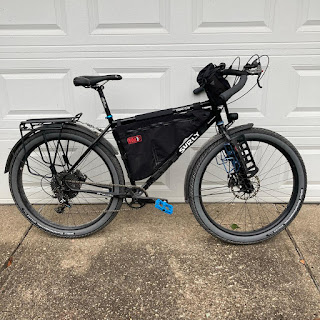 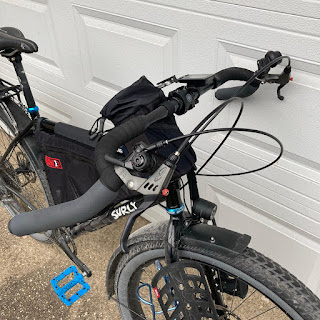 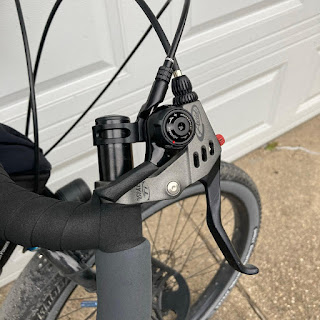 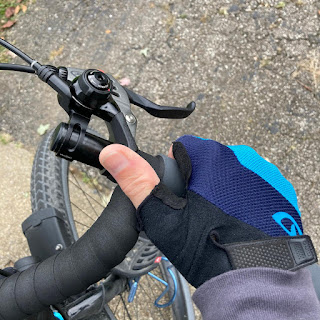 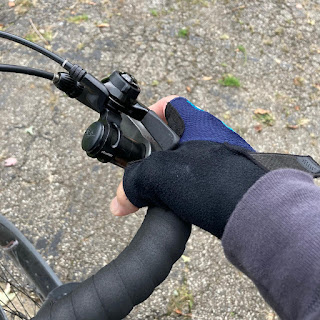 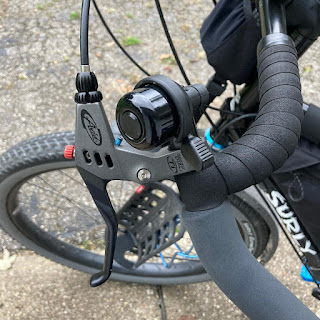 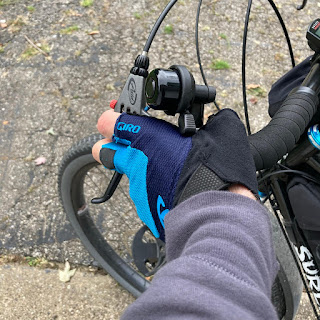 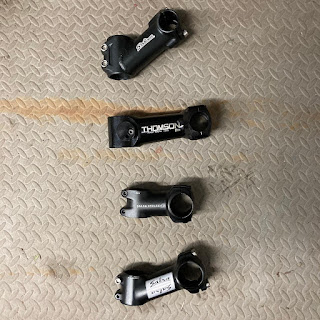 Finally, getting to the question of the day, "How does it ride?" Pretty nicely, I must say, although I wouldn't say I'm in LOVE with it. I've ridden it on two commutes to and from work, plus a 57-mile lunch/coffee run into the city. The drops position feels the most comfortable, but after riding that way a couple of miles, I do need to relax a bit and hang out up on the hoods for a while. Occasionally, though, I got a bit of tingly hands if I stayed on the hoods too long.
Is the Surly Corner Bar for you? If you're in the target audience, a flat-bar user who is drop-bar-curious, then I'd say yes. It's the least expensive way to test out a drop handlebar setup without too much commitment. Or if you're just a bike freak/weirdo who likes to experiment, have it it. Will I be keeping it? Probably until at least next Spring. I've owned this bike a little over a year, and this is the fourth handlebar I've had on it, so don't be surprised if it's different the next time you see me...
As of this writing, Century Cycles has got the Surly Corner Bar in stock in 46cm width only. We had a few of the 54cm, but they sold out quickly. We'll keep an eye out on Surly's distributor for the 50cm and more of the 54cm!
Posted by Kevin Madzia at 5:17 PM