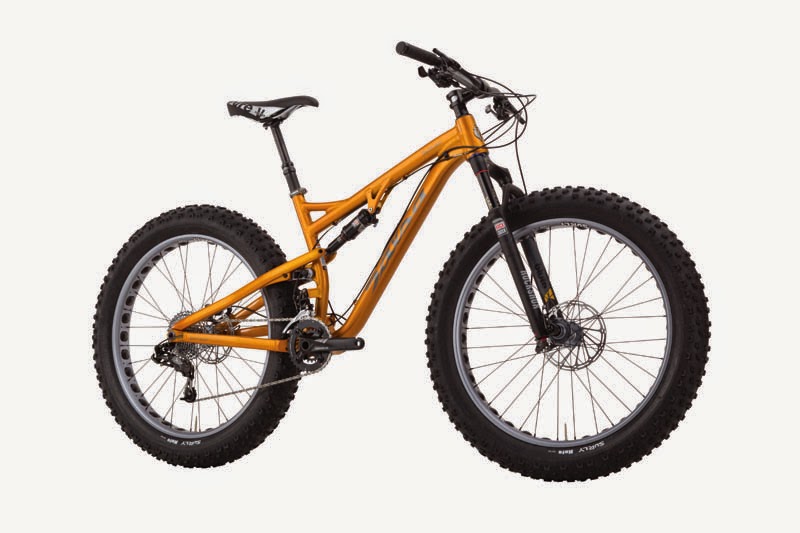 National Geographic magazine included the Salsa Bucksaw 1 in its list of Gear of the Year 2014. They said:


"Salsa designed the Bucksaw’s suspension from a blank slate, rather than adapting an existing skinny design, and they nailed it."


"... the Bucksaw positively rails singletrack, skips over rugged sections, and floats atop chatter bumps like a hovercraft, or, perhaps, a town car."

You can read their full review here.


"Fat bikes aren’t just for snow anymore; the big tires are big fun all year round and the Bucksaw is breaking trail in a whole new market."

" Is it faster? Maybe? Is it better? That’s a loaded question. Is it fun? Oh hell yeah."

You can read their full review here.

We have a Salsa Bucksaw 2 in stock in Medium size in our Winter Cycling Wonderland at the Century Cycles store in Peninsula. A Large is on the way; when these two are gone; that is all for this season!
Posted by Century Cycles at 6:00 AM