Cleveland made the list of Bicycling Magazine's Top 50 Cycling Cities for the first time in 2010. The reasons cited at that time included the Ohio & Erie Canal Towpath Trail, the Cleveland Velodrome, and pending opening of a downtown bike commuter station.

A lot has happened in the four years since then, including continued construction to complete the entire Towpath Trail, expanded bike lanes and bike parking options, not the mention the founding of Bike Cleveland, our local advocacy organization that has spearheaded numerous efforts to get more Northeast Ohioans on two wheels.

Now in 2014, Cleveland has returned to Bicycling's Top 50 Cycling Cities list. One reason mentioned this time around is the upcoming NEOCycle event, a three-day celebration of all things bike-related in Cleveland on Sept. 26-28, 2014!

Based at Edgewater Park on the shore of Lake Erie, the festival will feature food trucks and tents from bike shops and other bike-related businesses (including Century Cycles). The bike events include an urban night ride, criterium race, cyclocross race, and the Forest City Fundo, a fully-supported group ride with 10, 32, or 62-mile options that showcases Cleveland as a safe, bicycle-friendly city! Proceeds from the ride benefit Bike Cleveland. 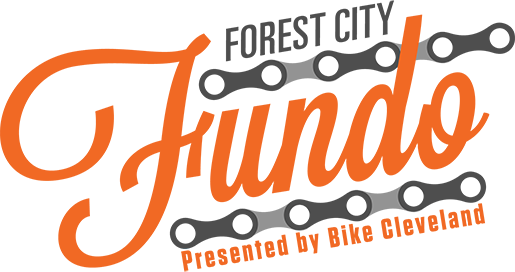