Thanks for joining the Global Solidarity Ride! 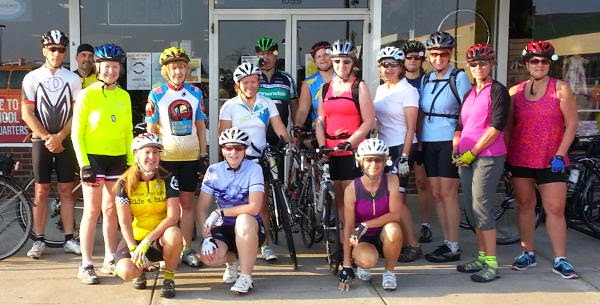 The brave women of the Afghan National Women’s Cycling Team have a mission: to break through the gender barriers that exist in their country and around the world by riding their bikes.

Century Cycles and Liv Cycling USA support the team's efforts and were proud to be part of an event called the Global Solidarity Ride. Taking place on August 30, 2014 all around the world, this was a way for us all to show the women of Afghanistan that they are not alone in their revolutionary actions.

All cyclists (women & men) were welcome!

19 riders showed up for the ride, which was a 25-mile route beginning and ending at our Medina store. Thanks to everyone who attended! It was a beautiful day, and we all enjoyed the scenery and conversation during the ride.