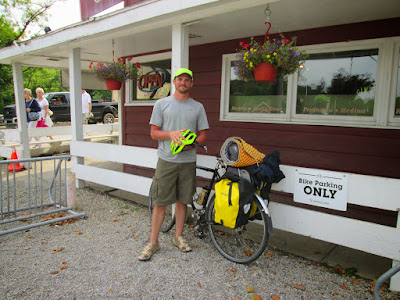 K.C. stopped by the Century Cycles store in Peninsula on August 21, 2014 while riding from Detroit, MI to Washington, DC. He's on his Surly Long Haul Trucker, and said he's riding "just for fun." 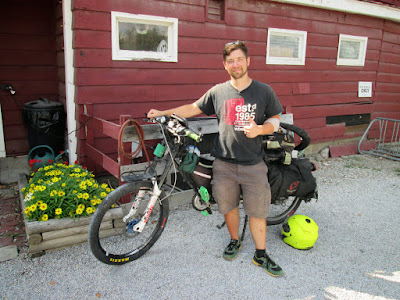 Troy Rank is riding on an Xtracycle cargo bike with a lithium-ion battery-powered electric assist. He started in Rochester, NY, rode to Denver, CO, and was heading back home to Rochester when he stopped in Peninsula on August 25, 2014. He's attempting to set the world record for the longest bike tour on an e-bike, and hopes to have completed over 4,200 miles by the time he gets home. He's tried to get 200 miles a day on most days, and if all goes well, will have completed his whole trip in less than a month. You can read about his journey at: www.troyrank.com
Posted by Century Cycles at 7:00 AM