Yesterday at the Century Cycles store in Peninsula, we were visited by a pair of gentlemen who left from Eugene, Oregon several weeks ago. They are riding across the country and will end in northern New Jersey. They're riding to raise awareness of the need to reduce the use of one-time-use plastic products. They were joined by a local rider who was going to ride along the Towpath Trail with them as they made their way into Cleveland, and then to spend the night with some folks in Mentor. You can read about their ride and their cause at: http://www.ride2reduce.org 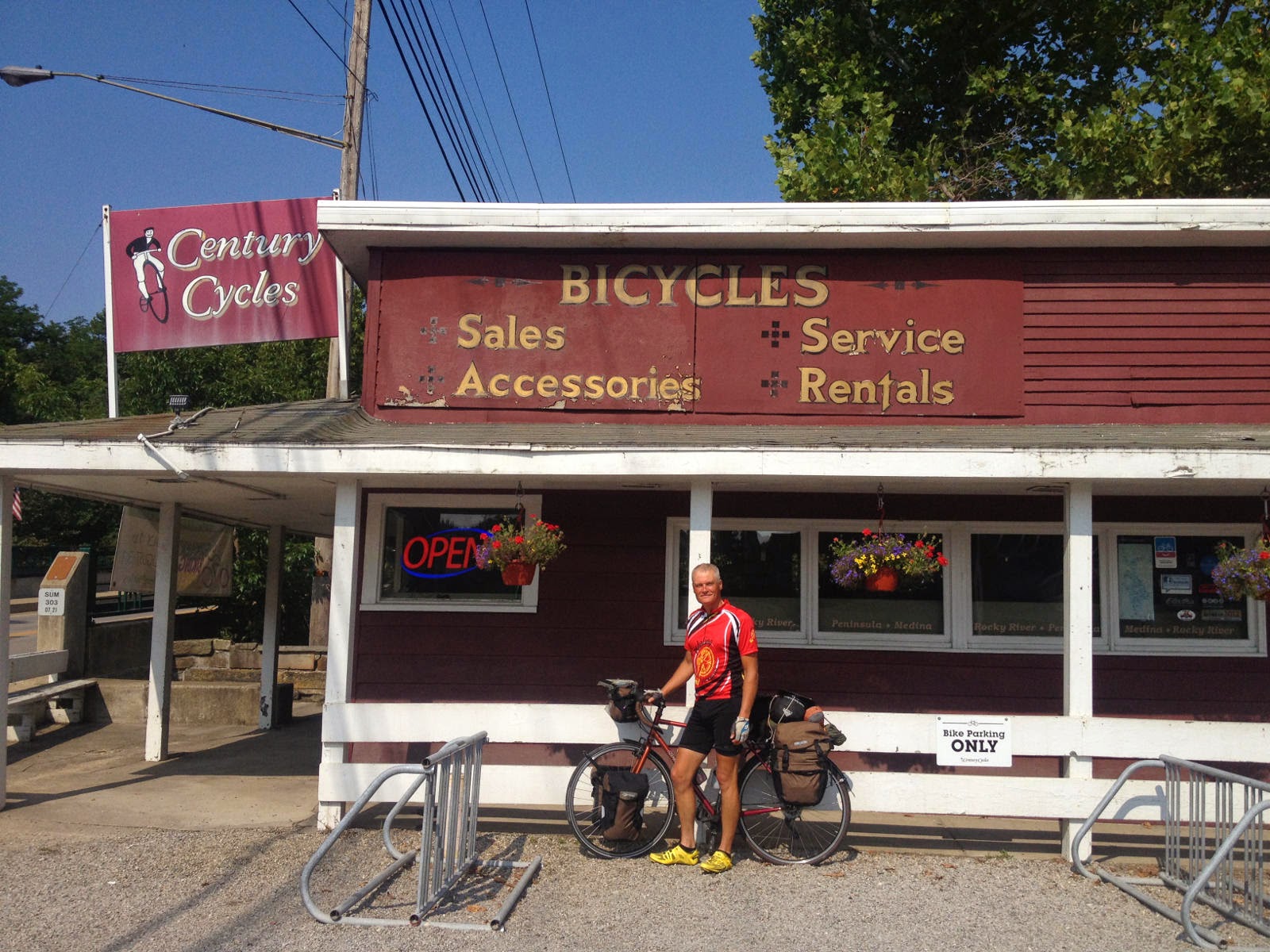 Keith Harris, on the other hand, is riding for just his own enjoyment and doing his own thing. He left Hobuck Beach, Washington, and had ridden about 3,000 miles so far when he stopped in Peninsula this morning. He expects to have about 4,400 miles total when he arrives at his destination of Newburyport, Massachusetts.
Posted by Century Cycles at 1:43 PM