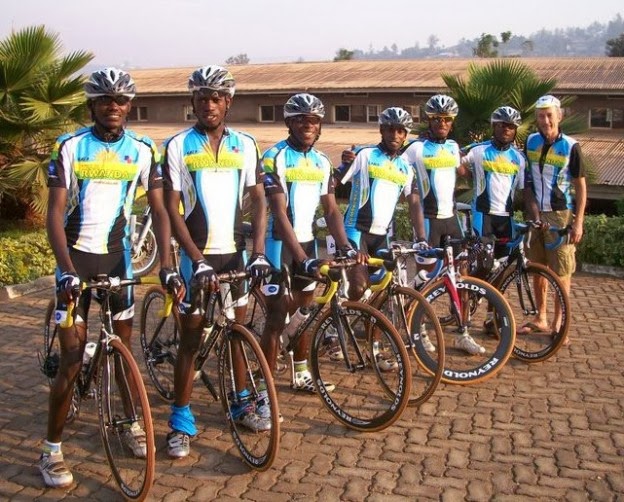 The Rwandan people are trying to recover from the horrendous genocide in which about one million people were slaughtered.

Volunteers from the United States and London, including renowned cyclist Jock Boyer, have been helping to rebuild pride by organizing biking competitions for young Rwandans. Adrien Nyonshuri, who lost several members of his family in the genocide, competed in the 2012 Olympics. Team Rwands and their supporters were profiled in the 2012 film Rising from the Ashes.

The groups needs more road bicycles to continue this effort. The Richfield Chamber of Commerce and ScripType Publishing have connected with the founders of the biking program and are collecting used road bikes that will be shipped to Rwanda.