Define your life. As a young champion! 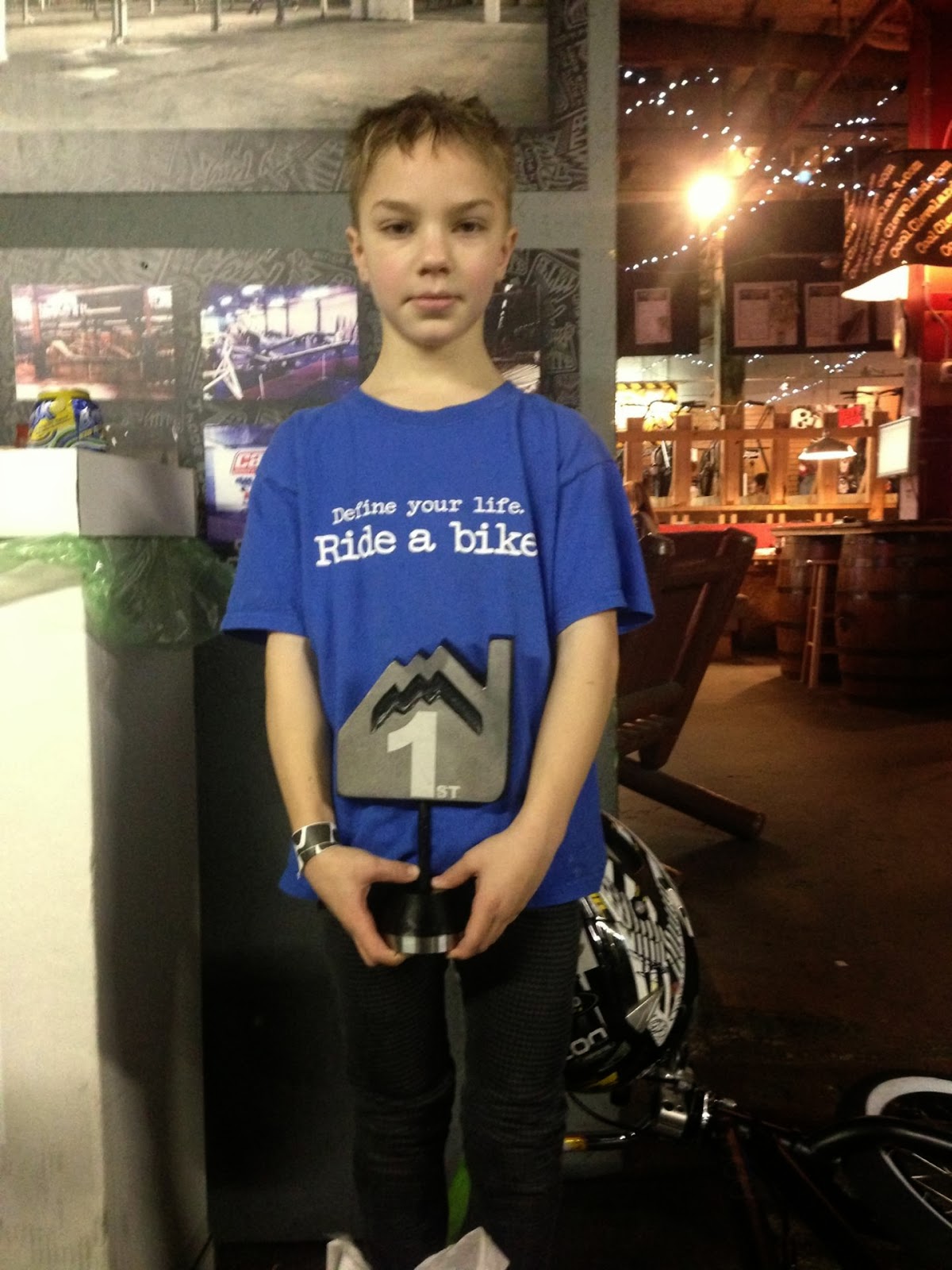 Meet Grayden Schneider ... this 9-year-old recently won the Rookie of the Year contest in a beginner's class at Ray's MTB Indoor Park in Cleveland! His father Jim reports that Grayden is progressing quickly in his riding skills, and having a blast doing it. They'll be travelling for further competition next month, first to The Wheel Mill in Pittsburgh on March 8, then to The Kitchen BMX Skatepark in Indianapolis on March 22.

The whole Schneider family practices "Define your life. Ride a bike.(tm)" In addition to them being frequent customers for service and accessories at the Century Cycles store in Medina, Grayden's mother Sherrie has worked on the committee at Claggett Middle School in Medina for the Bike To School Challenge.

Congratulations and Good Luck to Grayden and the Schneider family!
Posted by Century Cycles at 10:38 AM