Where We Ride: A Report from the League of American Bicyclists 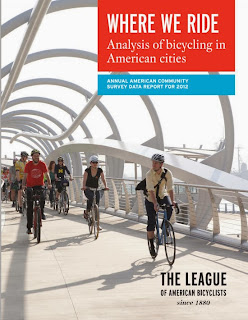 The Leauge of American Bicyclists recently released their Annual Community Survey Data Report for 2012, where they looked at trends in bicycle commuting throughout the nation. You can download the full report: Where We Ride: Analysis of bicycling in American cities

Unless you're a total numbers geek and want to spend hours pouring over the whole report, you're probably just wondering, "Okay, so where is Cleveland in the results?" For you, here's a summary of all the times Cleveland is mentioned in the report: