If you're considering shopping for a bicycle as a gift for the upcoming holiday season, here are a few reminders as to why you should look to your local independent bicycle shop rather than the big-box stores.

The following photos come from Bicycle Shaped Object, a UK-based web site, but we see examples just like these being brought in by customers to all three Century Cycles stores all the time.

An all-too-common issue found on bikes from big-box stores is the fork installed BACKWARDS. That's right, the front end is turned all the way around. Here's one: 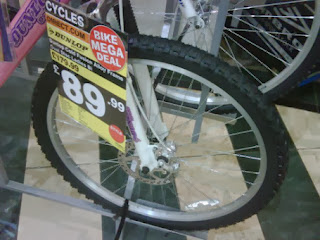 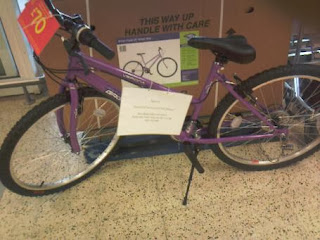 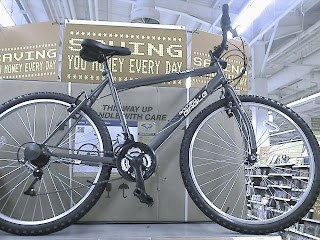 Some of these companies even go so far as to show these bikes improperly assembled in their catalog photos, like this one: 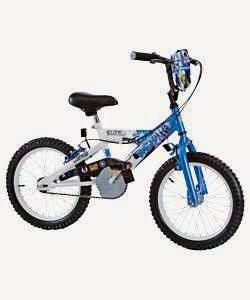 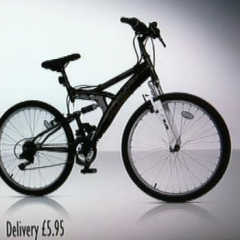 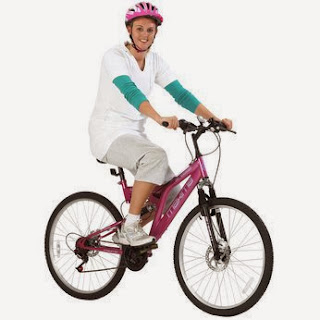 This next bike has the brake levers installed pointing straight down at the ground, which would make it next to impossible to operate the brakes: 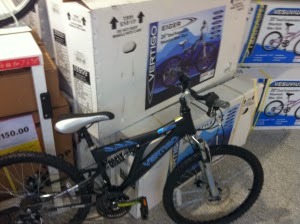 But that doesn't even matter, since if you look more closely, the front wheel is installed backwards, so that the disc brake rotor is not even within the brake caliper, so the front brake will not work AT ALL! 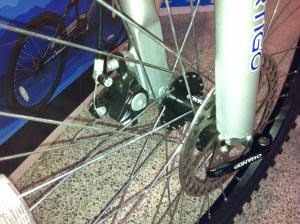 At least the fork is on correctly, but that would be of little consolation, especially if you tried to ride this bike downhill!

Here's a tip: when you apply the brake, the arm of the brake caliper should not come into contact with the tire: 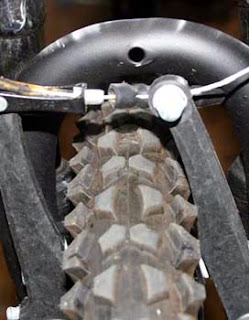 Also, when you apply the brake lever, it should not pull in so far as to come in contact with the hand grip: 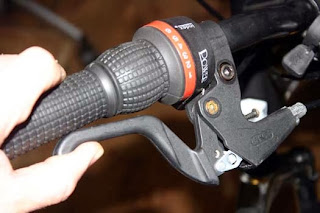 To avoid these and other problems, buy your bicycles from your favorite LOCALLY-OWNED independent bicycle shop!
Posted by Century Cycles at 8:00 AM