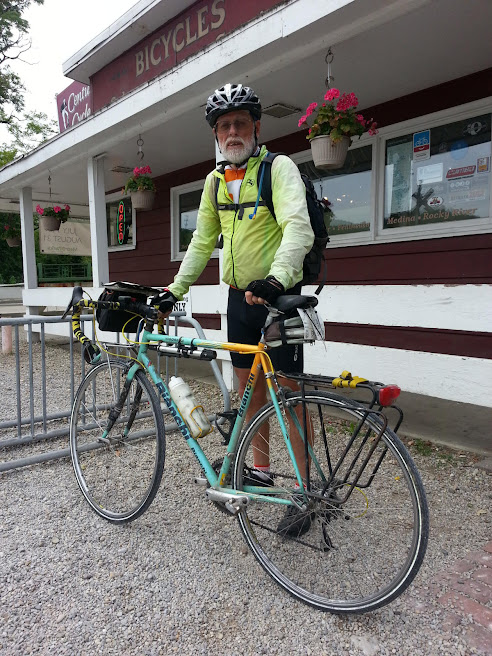 The mild and mostly dry weather we've been enjoying lately provides perfect conditions for bicycle touring. This gentleman, "Krazy" Larry Nelson from Chattanooga, Tennessee, stopped by the Century Cycles store in Peninsula yesterday. He had spent the night in the camping area of the Stanford House.

After winning a bronze medal in the triathlon event at the recent Senior Games in Cleveland, he's heading out on a cross-country bike tour using the Underground Railroad Bicycle Route and the Northern Tier Route.

You can see more photos of long-distance touring cyclists who have visited all three of our stores in our Bicycle Touring Photo Gallery.
Posted by Century Cycles at 12:24 PM