The Editors’ Choice Awards represent the highest honor for Bicycling, the world’s largest cycling magazine with more than 2 million readers.

“Bicycling’s Editors’ Choice Awards represent the cream of the crop in bicycle design and innovation, as companies continue to raise the bar on performance, technology, value and comfort,” said Bicycling editor-in-chief Peter Flax. 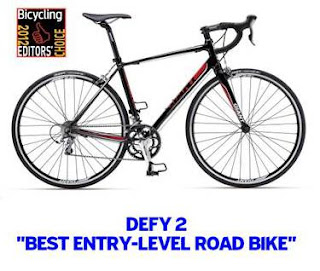 The "Plush Bike" award went to the Defy Advanced 1, also a repeat winner. "In winning its second consecutive Editors' Choice award, the Defy confirmed its place among the best road bikes of any kind," wrote Bicycling. "We include it in the plush category because it has a slightly upright position, making it more suitable for less flexible cyclists. Overall, the Defy is well suited to endurance-style riding." 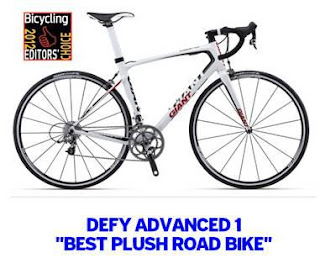 And finally, the TCR Advanced W earned Liv/giant its fourth straight title in the Women's Road Bike category. "The Advanced W was the lightest bike of the test group, and felt the fastest and most efficient--especially when the road pointed up," editors wrote. 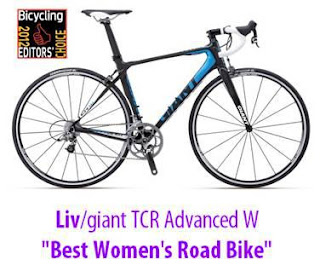 To select winners, Bicycling’s editorial team narrowed down a field of thousands of bikes to the top 28 candidates. The editors then tested the finalists head-to-head over the course of a month, including a field testing trip in Tucson, Arizona. Winners were then selected on the basis of performance, durability, comfort, weight, value, and price versus their competitors.
Posted by Century Cycles at 3:48 PM