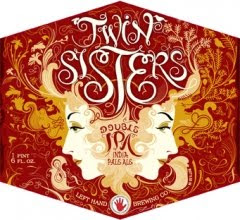 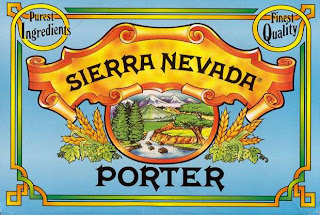 Just three days until our last Night Ride of the year -- a two-wheeled celebration of Cleveland Beer Week and an epic finale. Here's the latest and greatest event news (plus you can always head to www.centurycycles.com/for/CleBeerWeek for more details):

The post-ride beer tapping
This wouldn't be An Officially Sanctioned Cleveland Beer Week Event if there wasn't something special being tapped, and the Winking Lizard has scored a couple of somethings special for us: Left Hand Twin Sisters Double IPA and Sierra Nevada Porter in cask. Commence swooning.

Only 72 hours left to decorate yourself or your bike
What does a "beer-inspired" decoration entail? Well, it can be as simple as wearing a beer t-shirt or cycling jersey. Or perhaps stringing a garland of little bud-shaped lights (get it? Bud Light?) around your top tube. Or putting a bunch of rocks in your basket and going as "Rolling Rock." Or wearing a necklace of beer can pull-tabs. We're just looking for festive, not necessarily elaborate. (Although that's good, too!)

The benefits of being costumed/decorated
Only the costumed/decorated can fill out a raffle ticket for the post-ride, post-ale-tapping "Awarding of the Prizes." (This is very different from the "Airing of the Grievances" and much more fun.) If your raffle ticket is drawn at 10pm at the Winking Lizard, you get to "Spin the Water Bottle" for a prize!

The prize patrol
We will be giving away some great prizes donated by our partners, including cycling jerseys from Sierra Nevada Brewing, Left Hand Brewing, the Winking Lizard, and Century Cycles, along with gift cards, pint glasses, board games, and more.

The ride
It's good for all skill levels -- no big hills, go at your own pace, definitely a ride and not a race. That said, it is DARK and the Towpath is unlit, so bring bike lights and helmets. (The Peninsula store will be open until the ride starts at 7:30 -- plan to come early if you need anything.) We're headed south to Botzum, where an assortment of tasty delicacies will be awaiting your arrival, including some yummy sausage we just picked up today from The Sausage Shoppe. If it's good enough for Anthony Bourdain, it's good enough for you.
And finally for the folks who wonder "I like bikes but I don't like beer..."
No worries! Join us for a great bike ride on a lovely fall evening -- one last hurrah to tide you over until we start them back up again in the spring of 2011.
Posted by Tracey at 4:28 PM