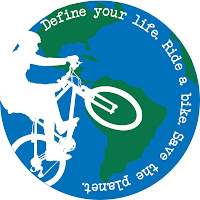 Award-winning program inspires students to bike to school on May 3 – May 21; includes city-wide Bay Village Bicycle Safety Fair on April 29

BAY VILLAGE, Ohio (April 15, 2010) – Back for its third year and recently awarded the city’s “Project of the Year,” Bay Bike To School Challenge sponsored by Century Cycles and Chipotle on May 3 – 21 strives to inspire 1,600 middle and high school students in the Cleveland suburb of Bay Village to ride their bikes to school as much as possible, to help the environment and improve their health. It includes the city-wide Bay Village Bicycle Safety Fair on April 29 from 6:30 to 8:30 p.m. at Bay Middle School (27725 Wolf Road in Bay Village OH 44140), which is free and open to the public.

The three-week bicycling event shows students, their parents and the community as a whole that going by bike is a great way to go, especially for short trips around town. Its influence is spreading beyond the school system: In March, Bay Bike to School Challenge was awarded “Project of the Year” by the Bay Village Community Council, in recognition of its outstanding example of environmental awareness and healthy behavior for all the citizens of Bay Village.

“Everyone looks forward to Bay Bike to School Challenge in May. As educators, we know physical activity positively impacts academic performance,” said Sean McAndrews, principal of Bay Middle School and one of the program’s organizers. “The kids have fun biking to school with their friends, but they are also learning the benefits of lifelong fitness and the effect their choice of transportation has on the environment.”

For regular updates about Bay Bike to School Challenge, go to the event’s Facebook page at www.facebook.com/BayBikeToSchoolChallenge or visit www.centurycycles.com/to/bts.

In 2009, 1,215 students signed up for the Bay Bike to School Challenge (over 75% of both schools, out of a combined student population of 1,600). Bay Middle School saw 71% of its student population bike to school each day of the challenge and 36% of Bay High School students biked each day. Over 90 teachers and administrators made it a “bike to work” challenge. In all, the students biked a total of 37,042 miles, saved 34,149 pounds of CO2 emissions, and burned countless calories.

That’s in stark contrast to national averages. Only about 15% of U.S. students bike or walk to school (versus approximately 50% back in 1969). As much as 30% of morning traffic is generated by parents driving their children to school, one-third of schools are in “air pollution danger zones” and more than 33% of U.S. children are now overweight and obese or at risk of becoming so. Returning to 1969 levels of walking and bicycling to school would save 3.2 billion vehicle miles, 1.5 million tons of carbon dioxide and 89,000 tons of other pollutants – equal to keeping more than 250,000 cars off the road for a year.

Students who register for Bay Bike to School Challenge carry a “Ride Card” that is stamped each day they ride a bike to school by BTSC volunteers. Students receive a free burrito from Chipotle for biking on Day One (May 3) and a free event t-shirt from Century Cycles for biking at least four days. The more they bike, the more they can win – every Ride Card they fill up gets them more entries into the grand prize raffle.

The program concludes on May 21 with assemblies at each school, to show the students the impact of their efforts, award the permanent home of the Golden Sprocket Award and draw the grand prize winners’ names. The grand prizes include:

There is also a special grand prize drawing for a Cedar Point season pass for the students at each school who biked every day of Bay Bike to School Challenge.

May 5, 12, and 19: Golden Sprocket Days. BMS and BHS compete for the greatest percentage of bike-riders to win the coveted Golden Sprocket Award. (A school principal or assistant principal is REQUIRED to bike to school on these days, too, for their school’s numbers to count.)

May 21: Last day of Bike to School Challenge. Activities include school-wide assemblies attended by the mayor and other community supporters. The BHS assembly is at 8:00 a.m. and the BMS assembly is at 2:00 p.m.

Bay Village Bicycle Safety Fair
April 29, 2009, 6:30 – 8:30 p.m., at Bay Middle School Gymnasium
Bay Bike to School Challenge invites students, their families and all citizens of Bay Village to a special event to help get them and their bicycles ready to do more riding, whether to school or work or just for fun. The free event is open to all Bay Village residents. At the fair:
• Century Cycles mechanics will provide free bicycle safety inspections and a display of bicycle commuting accessories.
• Ray’s Indoor Mountain Bike Park is giving away 20 bicycle helmets to the first 20 families who attend (limit: one helmet per family).
• Bay Bike to School Challenge organizers will register students and answer questions about the program.
• The Bay Village Police Department is raffling off four bicycles at 8pm and providing free bike licenses.
• Other information booths include Project Earth Environmental Club, Bay Skate and Bike Park Foundation, Bay Village Green Team and Earth Day Coalition.

Bay Bike To School Challenge began in 2008
Inspired by a student car boycott in 2007, Century Cycles owner Scott Cowan approached Bay High School, his alma mater, about encouraging more bike-riding to school. It was enthusiastically embraced by the students and faculty. Participation in 2008 exceeded organizers’ expectations – 543 students (66 percent of the school) registered for the program and on average 224 students per day biked to school during an unusually cold and rainy May. At its conclusion, Bay High School students rode an estimated 15,566 miles, saved $2,883 in fuel costs, and reduced carbon emissions by 14,350 pounds. In 2009, the program was expanded to include Bay Middle School.

• In 1969, approximately half of all students in the U.S. walked or bicycled to school. By 2001, only about 15 percent of U.S. students make the trip to school by walking or bicycling. Today, the habit of driving kids to school is so pervasive that, in some communities, parents driving their children to school represents between 20 and 30 percent of peak-hour morning traffic. (Source: Safe Routes to School: 2007 State of the States Report)

• Returning to 1969 levels of walking and bicycling to school would save 3.2 billion vehicle miles, 1.5 million tons of carbon dioxide and 89,000 tons of other pollutants – equal to keeping more than 250,000 cars off the road for a year.

• Two recent studies have found that biking or walking to school is associated with higher overall physical activity throughout the day. There are many potential benefits of physical activity for youth, including weight control, reduction in the risk of diabetes, and better academic performance.

• A short, four-mile round trip by bicycle keeps about 15 pounds of pollutants out of the air we breathe. (Source: League of American Bicyclists)

• In metropolitan areas, more than 40% of car trips made for social or recreational purposes (like shopping) are two miles or less – a very manageable bike ride – and more than 25% are just one mile or less. (Source: 2001 U.S. National Household Travel Survey)

• A report concludes that changing the habits of just 20 percent of the children living within two miles of school to get them to walk or bicycle to and from school instead of being driven would be the equivalent of taking 60,000 cars off the road each year, preventing the emission of over 350,000 tons of carbon dioxide and 21,500 tons of other pollutants. (Safe Routes to School: Steps to a Greener Future, prepared for the Centers for Disease Control and Prevention by Safe Routes to School National Partnership)

• Studies show that on average, regular cyclists add over two years to their life expectancy, have the general fitness and health of someone 10 years younger, and are 50% less likely to experience depression. Biking at a moderate pace of about 10 miles per hour burns on average 400 calories per hour for women and 450 per hour for men – about the same as an aerobic session. (Source: “Bike To Work” by Rory McMullan, Chelsea Green Publishing, 2008)

ABOUT BAY SCHOOLS: The schools in Bay Village, Ohio, are award-winning and consistently earn the state’s highest ratings for student achievement. Bay High School was recently named one of the Top 500 high schools in the U.S. by U.S. News and World Report. Newsweek ranked it in the top 5% of high schools in the nation. www.bayvillageschools.com

ABOUT PROJECT EARTH ENVIRONMENTAL CLUB: Project Earth is committed to learning about their environment and how they can improve it at school, at home, and in the community. They hope that by educating themselves, they can educate others on how to preserve earth’s resources for a better future. Project Earth volunteers helps organize and coordinate the day-to-day administration of Bay Bike To School Challenge at BHS with their faculty adviser, Ms. Eryn Whistler.

ABOUT CENTURY CYCLES: Founded in 1992, Century Cycles is an award-winning, locally-owned chain of independent bicycle stores in Medina, Peninsula, and Rocky River, providing high-quality bicycles and friendly, expert service to northeast Ohio bicyclists and their families. Century Cycles is an authorized dealer of Raleigh, Giant, Diamondback, Electra, Surly, Masi, Bianchi, and Haro bicycles, as well as Santana tandems. The Peninsula store also rents bicycles year-round for use on the Towpath Trail in the Cuyahoga Valley National Park.

ABOUT CHIPOTLE: Chipotle Mexican Grill offers a focused menu of burritos, tacos, burrito bowls (a burrito without the tortilla) and salads made from fresh, high-quality raw ingredients, prepared using classic cooking methods and served in a distinctive atmosphere. Through our vision of Food with Integrity, Chipotle is seeking better food not only from using fresh ingredients, but ingredients that are sustainably grown and naturally raised with respect for the animals, the land, and the farmers who produce the food. Chipotle opened its first restaurant in 1993 and currently operates more than 800 restaurants. www.chipotle.com
Posted by Tracey at 5:55 PM