Define your life -- in Taiwan!

K. Bauer, a regular customer in the Century Cycles store in Medina, has been traveling by bike in Asia, and sent us these photos and notes from the trip. Here she is in her "Define your life. Ride a bike. TM" t-shirt near the high speed rail in the city of Taichung: 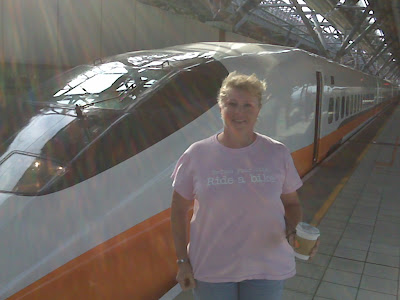 She saw this bike parking/storage system, where you can store a bike for two hours for about $2US. It looks similar to a system in Japan that you can watch a video of here. 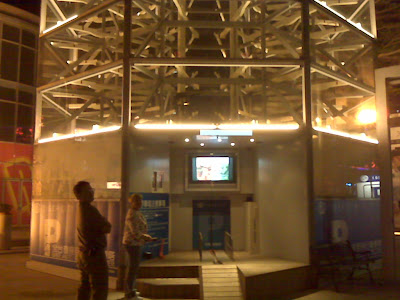 She visited the southern Taiwan city of Kentingin, which she says is "very big into biking, with special hotels for cyclists only."


Thanks for the photos and the report!
Posted by Kevin at 11:51 AM