Quick Links: Bicycling and books, the Innerbelt Bridge, and more 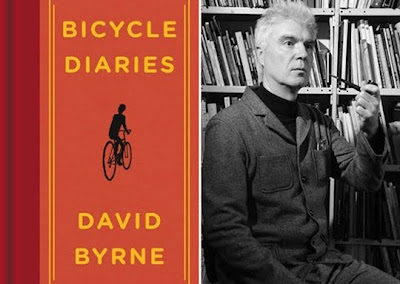 A charming bike tour: David Byrne's "Bicycle Diaries." (Plain Dealer Books)
ODOT is asked if a bike path is being considered for one of the two new Innerbelt Bridges -- plus reasons why it should happen and how you can help. (GreenCityBlueLake)
The Ethicist weighs in on a landlord who had the police remove a tenant's "abandoned" bicycle (second item). (New York Times)

The mayor of Columbia, Mo., is spending millions to promote cycling. (Parade)

Pedaling through Vermont amid the fall colors. (New York Times)
Posted by Tracey at 6:07 PM

Email ThisBlogThis!Share to TwitterShare to FacebookShare to Pinterest
Labels: Bike news, In the news, Links, The Plain Dealer