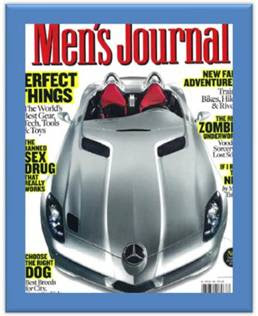 Dhani Jones, Cincinnati Bengals Linebacker is featured in the September 2009 issue of Men’s Journal talking about “My Favorite Things.” Among them: a tarantula belt, 120-proof homemade vodka, “The Shawshank Redemption,” and his Giant Bowery ’72. 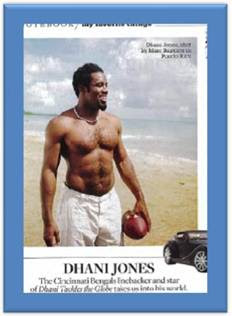 “I always ride my fixed gear Giant Bowery ’72 to practice. It’s all about being outside in the elements and clearing your head. All of my teammates used to make fun of me. One guy challenged me that I wouldn’t do it in cold weather. I proved him wrong.” 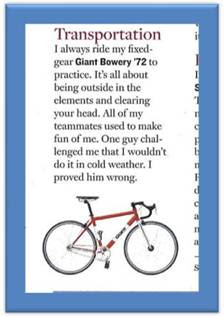 We reported last fall that Dhani was riding a fixed-gear Surly to practice. Why the switch? I don't know, but I'll be the last person to criticize anyone for having more than one bike...
Posted by Kevin at 12:27 PM

Email ThisBlogThis!Share to TwitterShare to FacebookShare to Pinterest
Labels: Giant, In the news, lives defined