Define your life...in the French Alps! 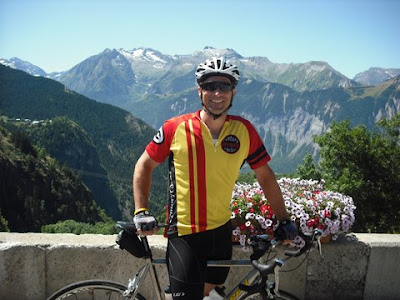 David Towne, a pilot for Continental Airlines, a member of the Medina County Bicycle Club, and a regular customer in our Medina store, took a trip to France to watch the Tour de France and ride some of the race routes. He sent us these pictures from the Alpe d'Huez, the most infamous mountain climb in the race's history. Thanks, Dave! 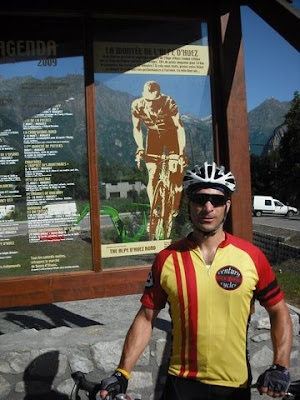 Isn't that a certain well-known American bike racer shown on that sign...?

If you've got the itch to race this weekend, head to Akron for the Rubber City Meltdown, a criterium race on a 1-mile per lap track. It's all part of the Akron Cycling Festival, and also includes a "Blue Line Tour" (a non-competitive ride on parts of the Akron Marathon course and the Towpath Trail), and Bike the Trail - Ride the Rail.
Posted by Kevin at 1:03 PM