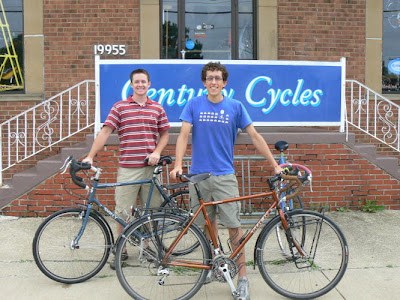 Zach and Troy are riding cross-country from eastern Pennsylvania to Astoria, Oregon. Last week, they had a complete Century Cycles experience -- staying with CC co-founder Lois Moss while in town (whom they found via Warm Showers - "hospitality for touring cyclists"), stopping by the Rocky River store for some much-needed bike service from Matt Miller and the crew, then meeting Scott Cowan and the CC gang when they rode through the GOBA camp.

The photos are from their trip blog, from a post they titled "Cleveland rocks!" Had to post the one below, because it's an angle on Cleveland you really don't see enough. 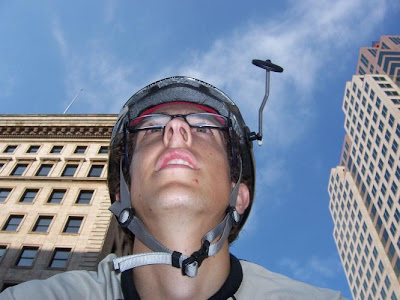