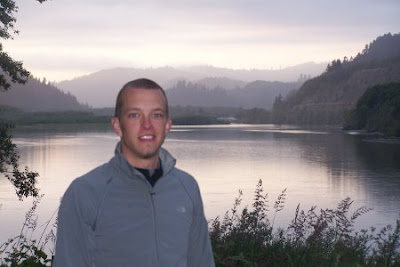 Many of us fondly remember an event Century Cycles held about three years ago with legendary cyclist and author Bob Roll. For mechanic Joshua Ronschke, 24, it was a life-altering experience when his brother invited him to attend it. At the time, Josh was working as a baker at Heinen’s. Shortly after he got a glimpse of the world of bicycling at Century Cycles that night, he quit Heinen’s, was hired by Century Cycles in Rocky River, and whole new livelihood was born.

Q. What’s your favorite thing about working at Century Cycles?

Every morning when I wake up, I look forward to going to work. Everyone is happy – the employees, the customers, everyone. Cycling is something we all want and love to do, and it makes everyone happy. Plus I don’t have to wear a tie.

That’s really hard to choose. It depends on my mood. I do a lot of road riding, but if I had to choose only one to do, it’d be mountain biking. In fact, I just ordered a new mountain bike, a Surly Karate Monkey.

Q. How many bikes do you own?

About five complete bikes, but there are probably 11 in our apartment altogether [Josh shares an apartment with Brad, another mechanic at the Rocky River store]. We have about six in the living room, two in the dining room. They’re all over.

Q. What’s your biggest accomplishment on a bike?

After college graduation last year, I took a few months off. During that time, I rode my Surly Long Haul Trucker from San Francisco to Portland, Oregon, then took the train to Colorado and rode from Denver to Boulder. Before working here, I never would have considered riding 100 miles, much less 1,000. But it was great and I loved it. 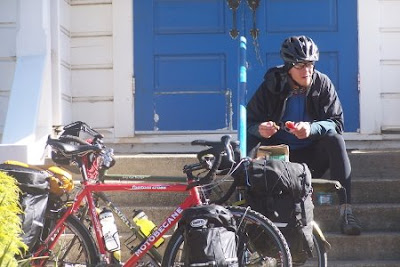 Q. What is your favorite trail or ride?

I just rode the new trail at East 49th and Grant, the Erie Canalway [in the Cleveland Metroparks], and that was nice to go mountain biking in Cleveland.

Q. What’s your college degree in?

Last May I graduated from Cleveland State University with a degree in Communications.

Q. What was your first bike?

You guys pictured it on the blog. That was it.

Q. What are three words that describe how you feel on a bike?

Q. What do you do when you’re not on a bike or at Century Cycles?

Basketball is it. It’s my first love.

Anderson Valley Brewing Company’s Summer Solstice. I’ve only had it once – in Mendocino, CA – but I remember it as the best beer I’ve ever had. I don’t know if it was just because it was after a long bike ride or what, but it was the best beer ever.

My Surly Long Haul Trucker I took out west.

Q. You recently were the driving force behind getting an Electra bike from Century Cycles displayed at the VANITYLAB hair salon in Westlake. How did that come about?

My girlfriend, Rachael, works at VANITYLAB and obviously I work for Century Cycles. We work at locally-owned businesses and we like to shop at them, too, instead of going to the big chains. We got to talking about how we can help other small shops and that’s when we came up with this idea.

That it’s something you can do from the time you’re 3 years old to 83 or 93. Never stop riding. My dad had a bunch of really bad health problems a few years back, but now he rides a bike we got him and his health has improved. He feels better than he has in a long time.

Q. What does your dad ride?

He and my mom live out in the country and they both ride Raleigh Ventures.