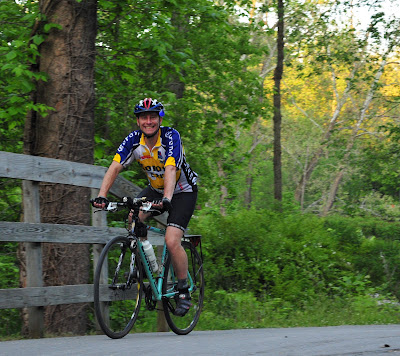 Scott Cowan, owner of Century Cycles, has officially changed his name to Scott Cowen (with an "e"). After over 40 years of reminding people over and over again that "It's spelled C-O-W-A-N" and still getting addressed in print as Mr. Cowen, he has decided to give up the fight.

"I considered 'Cohen' and 'Cowin,' but 'Cowen' just felt right. If you can't beat 'em, join 'em," said Scott. "Now I'm trying to talk my parents into changing to 'Cowen,' too."
In related news, Derrick Kortvejesi in Peninsula is changing his name to Derrick Smith and Mike Petcher in Medina has officially changed his nickname from "Petch" to "Peach."
(April Fools!!!!)
Posted by Tracey at 7:49 AM