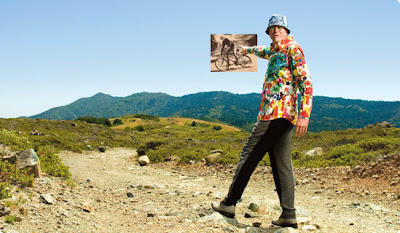 "In 1974, I blacksmithed the now famous klunker from scavenged objects. Then I started to hear that high form of recognition: 'You can't do that,' and 'It won't work.' I knew I was onto something big." -- Gary Fisher, pioneer mountain-bike builder

I saw that quote in an Adventure Cycling eNewsletter last month and it's a reminder that, like so many successful visionaries, Fisher had to overcome the naysayers. But that's in the past. What about the future? Here's Fisher's inspiring vision:

Somebody asked me the other day why I spend so much time doing bike stuff. The question caught me off guard. My first response was that bikes are as good a pursuit as just about anything else I can think of. Then I realized something else: it's not really about bikes. I mean, it is. But. It's about being outside, it's about communing with something big, it's about meeting people. Bikes are forward momentum. They are machines with inherently positive motives. I like that. Always have. Not going to stop any time soon.