Outtakes from the staff photo shoots

Those terrific Century Cycles staff photos on the front of our holiday mailer were made possible only due to the hard work of our in-house photography gurus, Doug Charnock and Mike Petcher, as well as art director Christine Hahn. They spent a full day traveling from store to store to capture on film the friendly, service-oriented spirit of an amazing group of people. And never once did they liken the experience to "corralling cats," despite the photographic evidence otherwise: 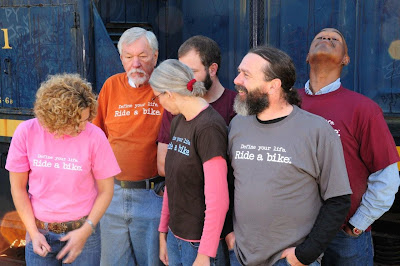 Peninsula was photographed early on a chilly morning. Perhaps the cold caused some confusion.... 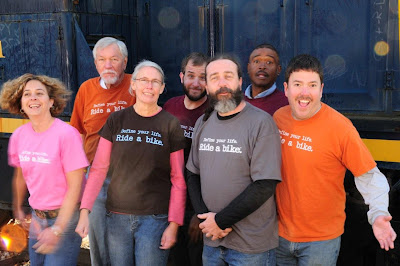 ...and maybe these supermodel moves were to keep warm.... 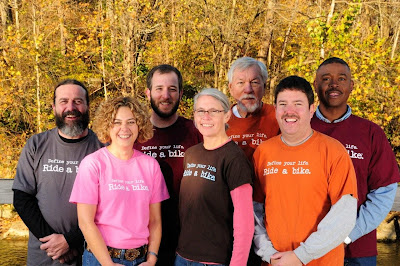 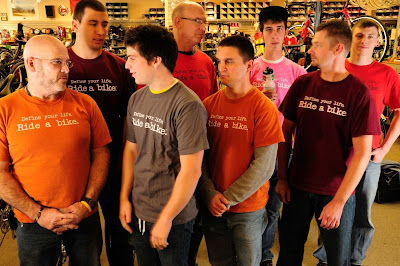 Medina was photographed next. Um, guys? Camera this way? 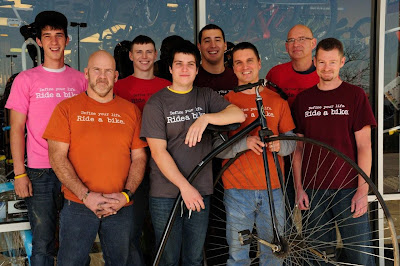 However, it got a lot better once they included The One High-Wheeler To Unite Them All in the picture. 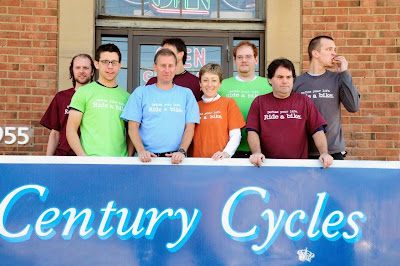 In Rocky River, the passing traffic on Detroit Road was definitely a distraction. Obviously so was hunger, as Josh picks an interesting time to finish lunch. 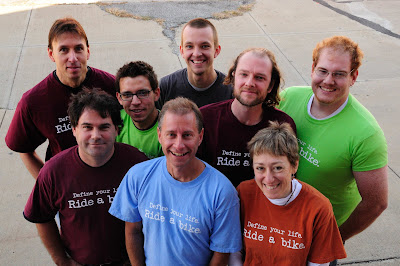 But things looked up after a while, and all's well that ends well!
Posted by Tracey at 10:41 AM