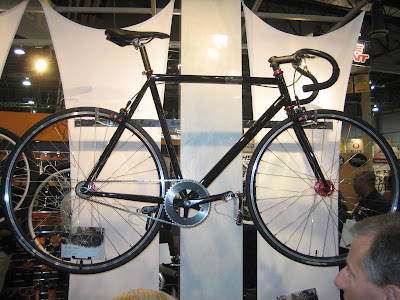 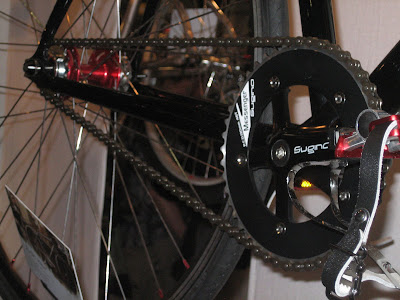 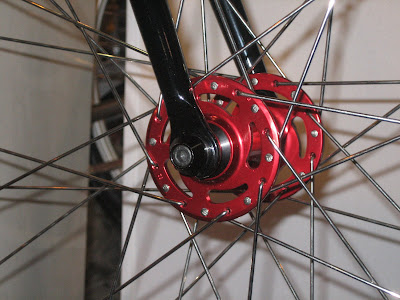 Yesterday we received our very first 2009 Raleigh Rush Hour. Lots of other bikes to build, but they got put aside to build this one. Once it was assembled, everyone paused for a moment to take a look. It's a 59 cm, one of only 12 Rush Hours currently in the United States in that size, and now it's at the Medina store, awaiting the tall guy who wants to test ride it. We've got 6-8 more Rush Hours on order in varying sizes -- and fingers crossed they come in.

Email ThisBlogThis!Share to TwitterShare to FacebookShare to Pinterest
Labels: Raleigh