Seth Rogan rides a cruiser. Should you? 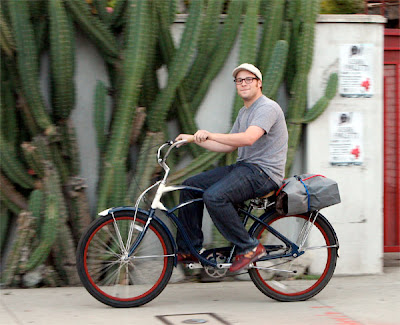 Actor Seth Rogan cruises the streets of California on an Electra Super Deluxe (key features: lightweight aluminum frame with Shimano Nexus Internal 3-Speed and coaster brakes). We don't currently have this bike in stock, but you can test ride other men's cruisers at Century Cycles, and we'd be happy to special-order the Super Deluxe for you.


This picture reminded me of how hot cruisers were at Interbike, the bicycle industry trade show in Las Vegas back in September. Think cruisers are just for "girls?" Think again. It's a hot bike style for everyone. Why the trend? The big picture answer is "bikes as transportation." Many of these bikes are inspired by the European way of life, of traveling by bike even in a suit and tie, down to the design of the bikes themselves. In fact, Electra so openly acknowledges the lineage that they have an entire line named "Amsterdam." It's about outfitting a bike with a coffee cup holder, not a water bottle cage. But what of us Midwesterners? How do bikes like this fit into our way of life?


While at Interbike, I talked with a bike dealer from Indiana who carries Electra and has for a few years. He hadn't added a cruiser to his own bike collection until last summer, when he finally bought one for himself and put it in the garage next to his road, mountain, and fixie bikes. Nobody was more surprised than he was when the Electra became his "go-to" bike. "I was shocked that it became my favorite bike to ride around town, especially with my kids," he said.


This was a sentiment echoed to me by Lawrence Kuh, a Bay Village middle school teacher with a lot of biking cred. (Lawrence is helping us organize the 2009 Bay Schools Bike To School Challenge, he is founder of the Bay Skate & Bike Park Foundation, and he was there at the beginning of Ray's MTB Park). He's another guy with a fleet of bikes in the garage who spent a LOT of time on a tandem cruiser last summer.

I know exactly what they mean. I love my Raleigh Cadent, but my Electra Blanc et Noir is the bike I take to lunch with friends or volunteering at my son's school. It's a blast to ride, a completely different riding experience that I rave about so much, my husband is now considering a cruiser of his own. Should you, too?


Highlights from the Electra booth at Interbike (photos by Mike Petcher): 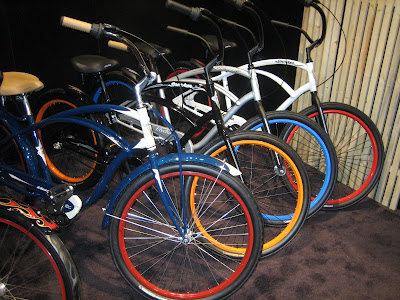 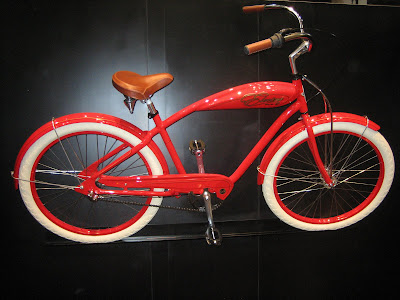 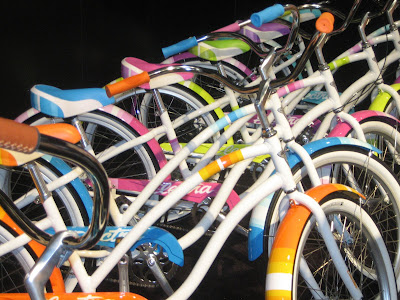 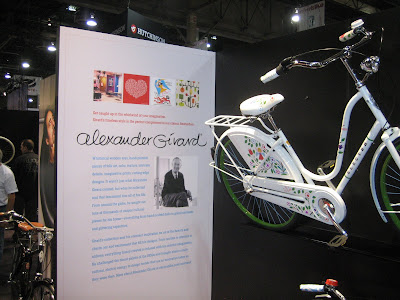 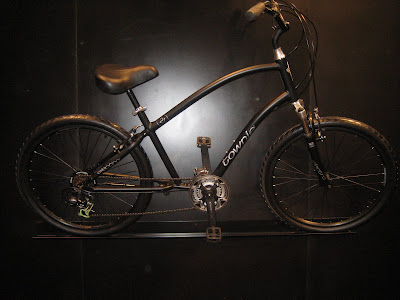 Email ThisBlogThis!Share to TwitterShare to FacebookShare to Pinterest
Labels: Electra