Links in the chain: Turn Signal Biking Jacket and more! 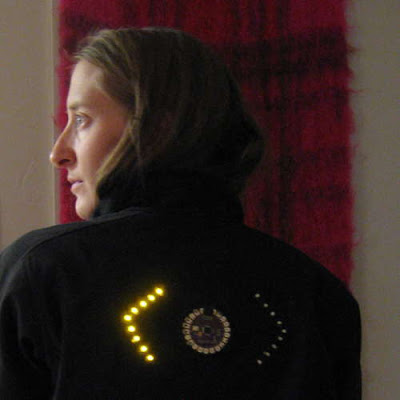 Make your very own Turn Signal Biking Jacket! -- Instructables
Find a 2009 bike tour that's right for you! You won't have to travel far from home if you sign up for the all-new supported ride called "Heart of the Underground Railroad." (It starts in Cincinnati.) -- Adventure Cycling Association

A cyclist goes around the world on a penny farthing. (You know? The high-wheeled bike in the Century Cycles logo??) -- The Telegraph

If you got bike ink, here's a gallery to share your tattoo with the world. -- Dirt Rag

Finally, NPR has shown bicycling a lot of love lately. "Weekend Edition" aired this story on America's oldest existing bike manufacturer, Worksman Cycles. We've ordered a few Worksman industrial trikes in the past for Ford and others, plus our Century Cycles ice cream trike, which makes a few event appearances a year, is a Worksman.

Then "All Things Considered" aired this story about (and interview with) a naked cyclist from Portland, Oregon, who was cleared of indecent exposure charges when the judge established that naked cycling is a well-established tradition in the city.