The Peninsula store was a popular rest stop for many cyclo-tourists today, and we expect to see many more in the next few months, being right on the Underground Railroad Biycle Route. These two guys from Detroit were on their way northbound on the UGRR, having started from Mobile, Alabama: 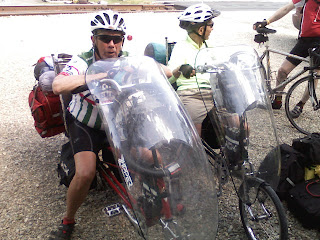 The guy on the left in the following picture is from northeastern Pennsylvania, and was on his way west for a cross-country ride. The guy on the right is from Maryland, and was riding the UGRR: 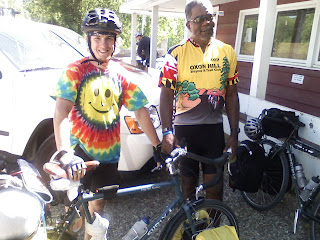 They were comparing notes, as both were riding their Surly Long Haul Truckers!